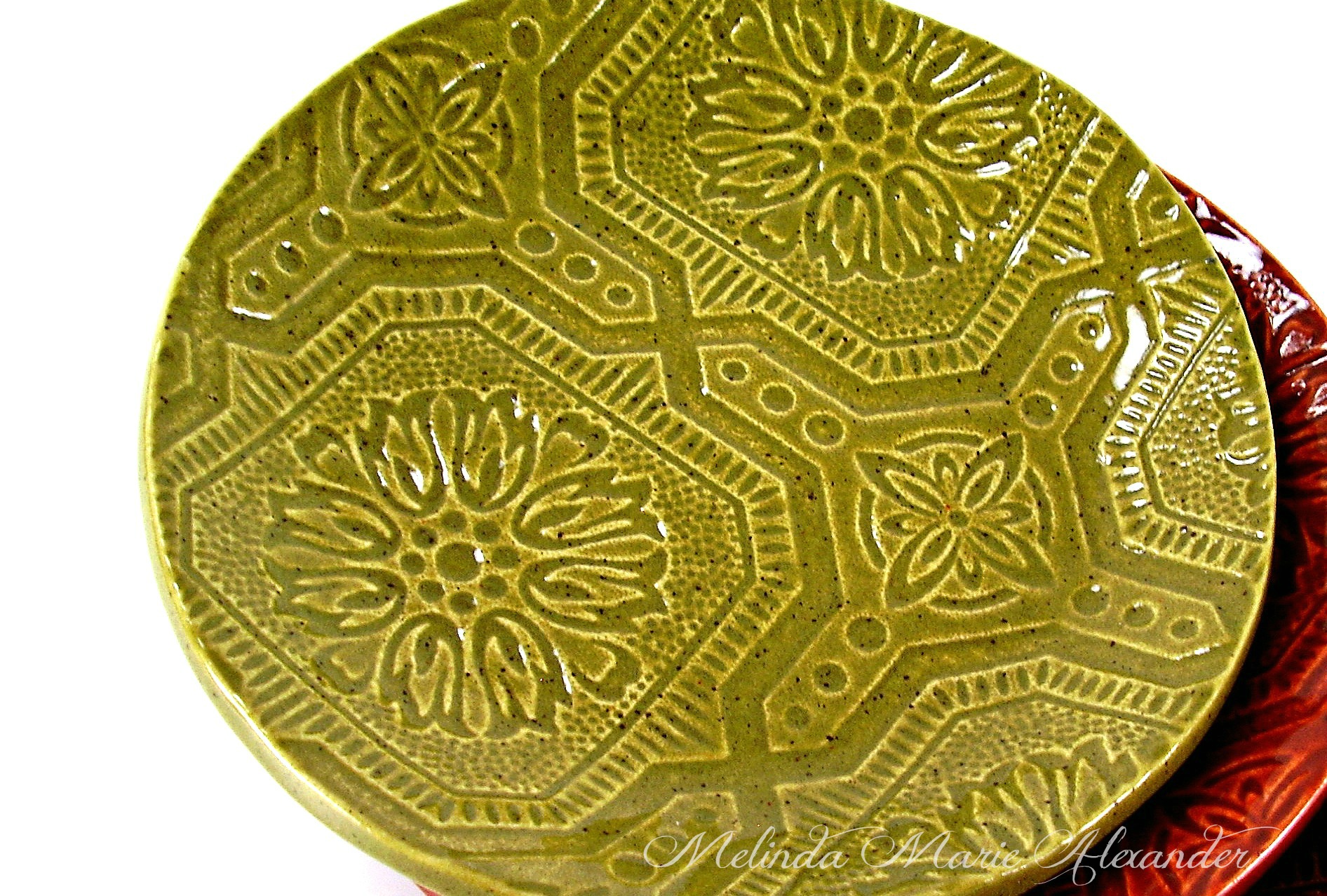 This glaze is called…Deep Olive Speckle 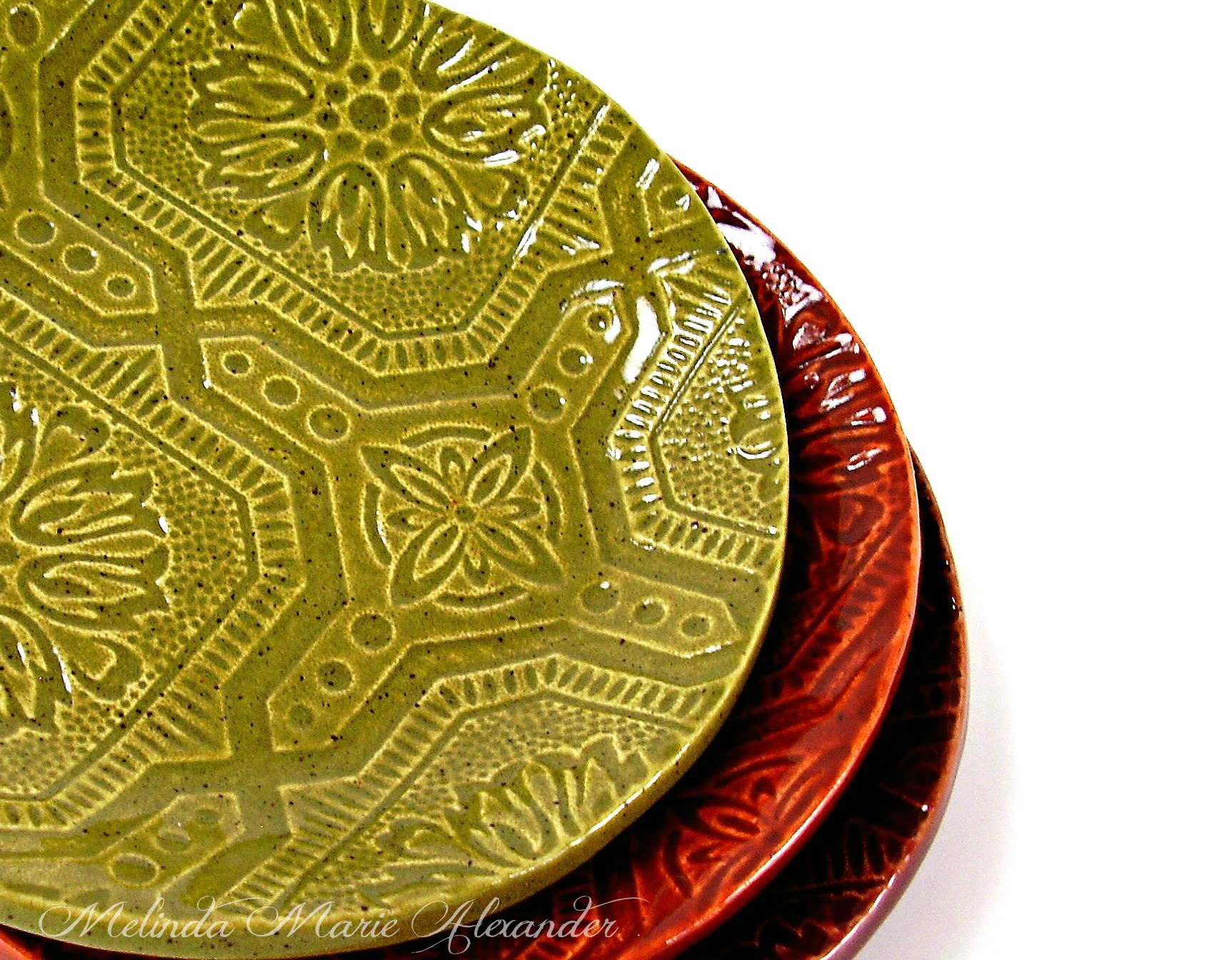 It’s another great glaze by Potters Choice. It’s easy to use, brushes on nicely and is very consistent. I haven’t had any problems with it…at all! And it’s fantastic with texture. You can see every single detail. I really like that! 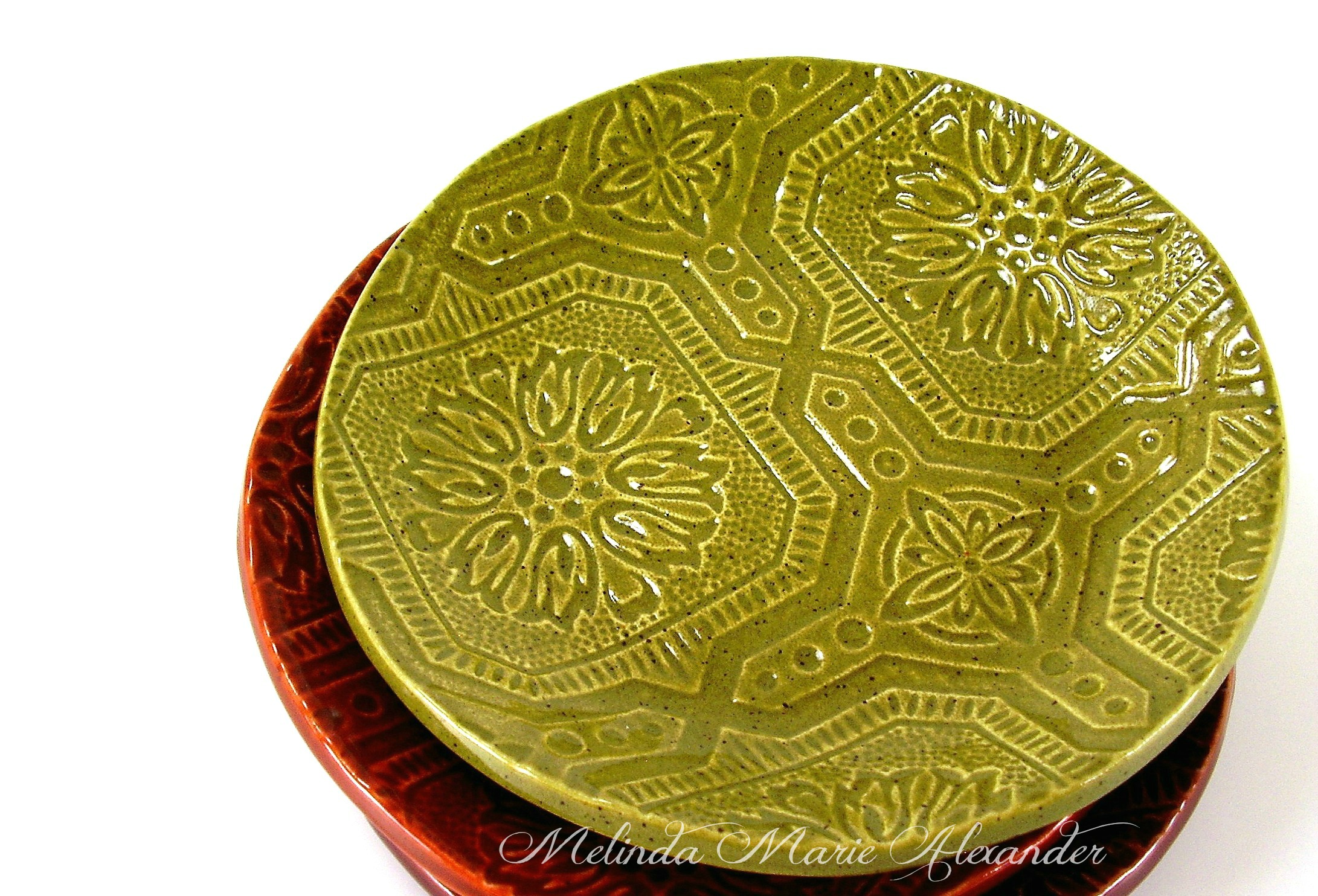 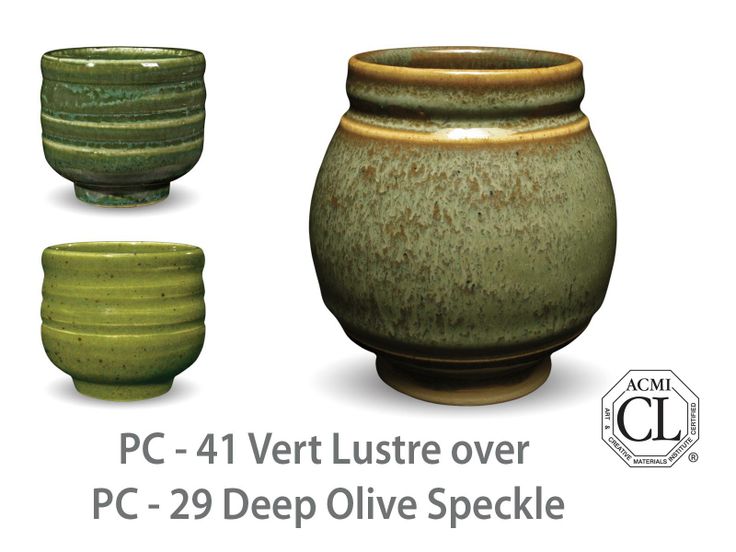 A while ago, I purchased two bottles of PC -41 Vert Lustre…mainly because it looked like a really nice dark green. It’s another great glaze by Potters Choice. It brushes on really nice, and it fires well…but it’s really difficult to photograph because it’s so glossy. If you don’t need to take photos, then it’s great!

After working with clay for almost 25 years, I’m getting a little picky with my glazes. They have to brush on easy (if I’m not dipping), they have to be consistent, and they have to photograph well. That’s really important if you sell online. You need good photos. So, if a glaze doesn’t photograph well…it’s gone!

I wasn’t pleased with myself for purchasing two bottles, I usually only buy one bottle at a time when trying out a new glaze. So, I decided to layer it with another glaze and see how that would work out.

I choose to layer it with Deep Olive Speckle. 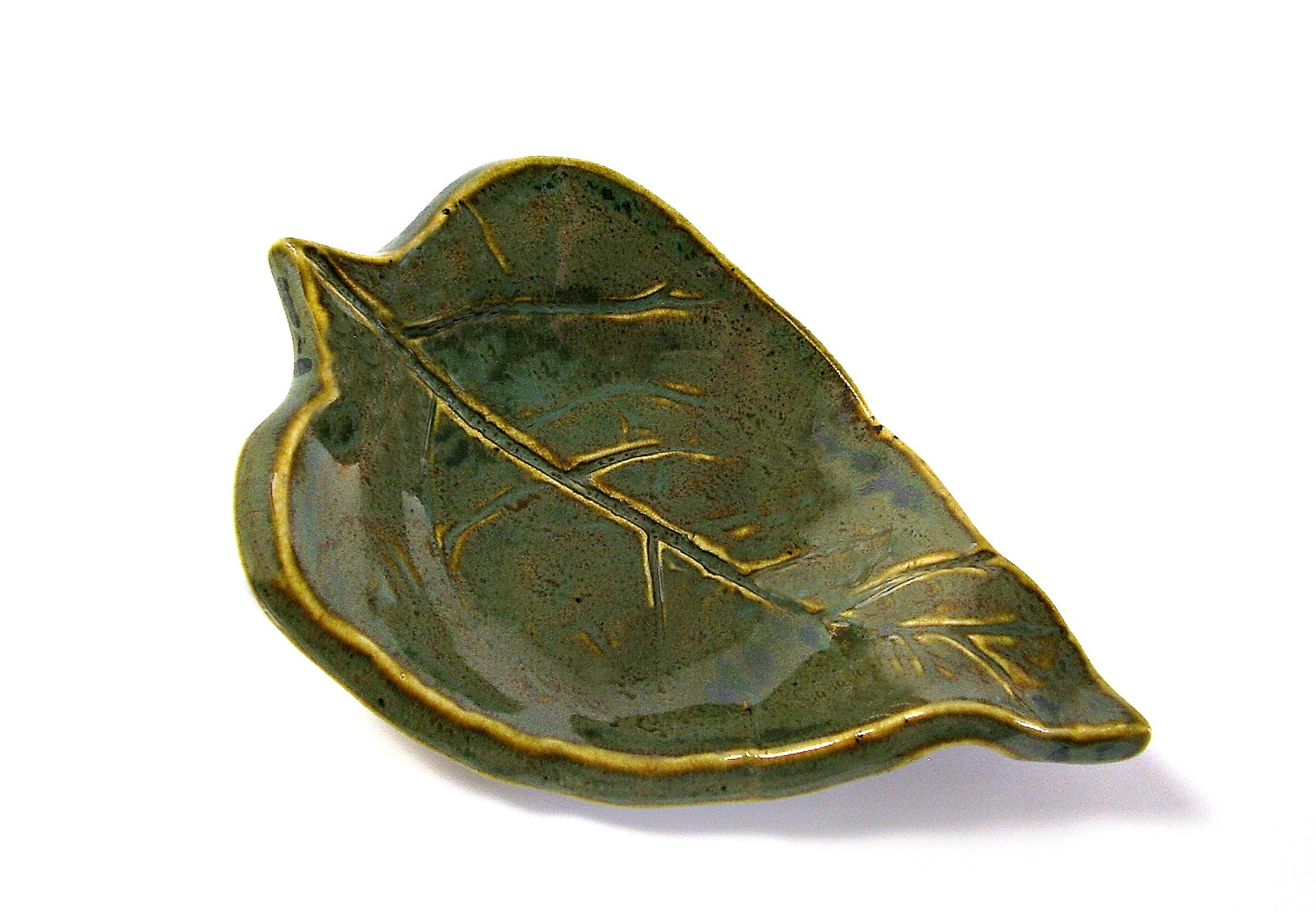 Now, this is much better! I can photograph it…Yay!

The color is a little different from the test piece by Potters Choice, I kind of like this color better. It’s different because Potters Choice used 2 coats of Deep Olive Speckle and then 2 coats of Vert Lustre on top…four coats total. Four coats scare me, I think that’s a little too much glaze. I don’t want drips (I hate drips), and I don’t want the glaze to run onto my shelf. So, I used 2 coats of Deep Olive Speckle and 1 coat of Vert Lustre on top…three coats total. I like it! I think I’ll keep it. What do you think? 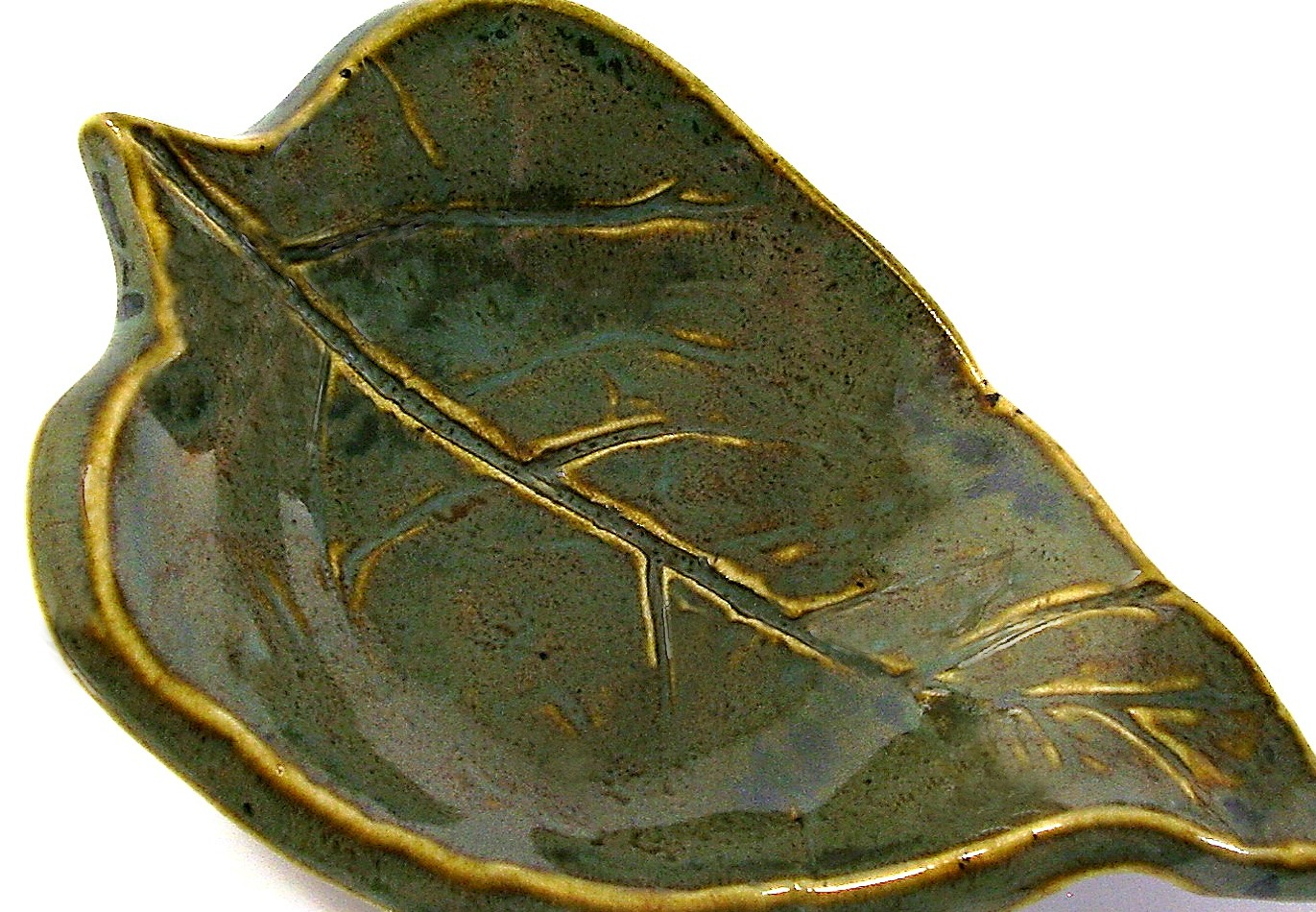 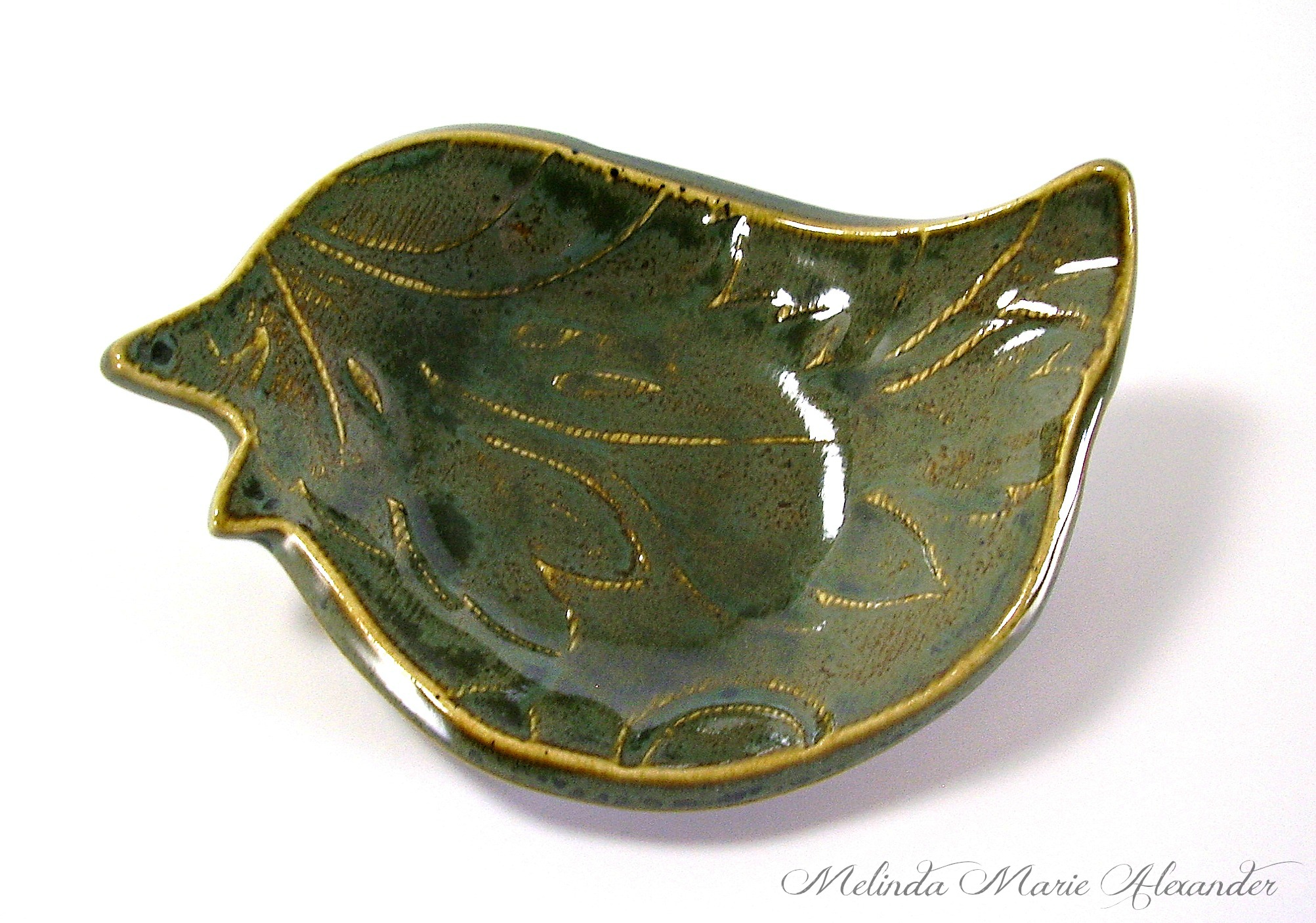 After trying it out on some leaves, I wanted to see how it reacted with texture. So, I tried it out on a couple of Birdie Bowls. You can see the texture through the glaze, but not as clearly as if it were just Deep Olive Speckle. That’s because Deep Olive Speckle is a translucent glaze and Vert Lustre isn’t. But, I like the way it looks. What do you think? 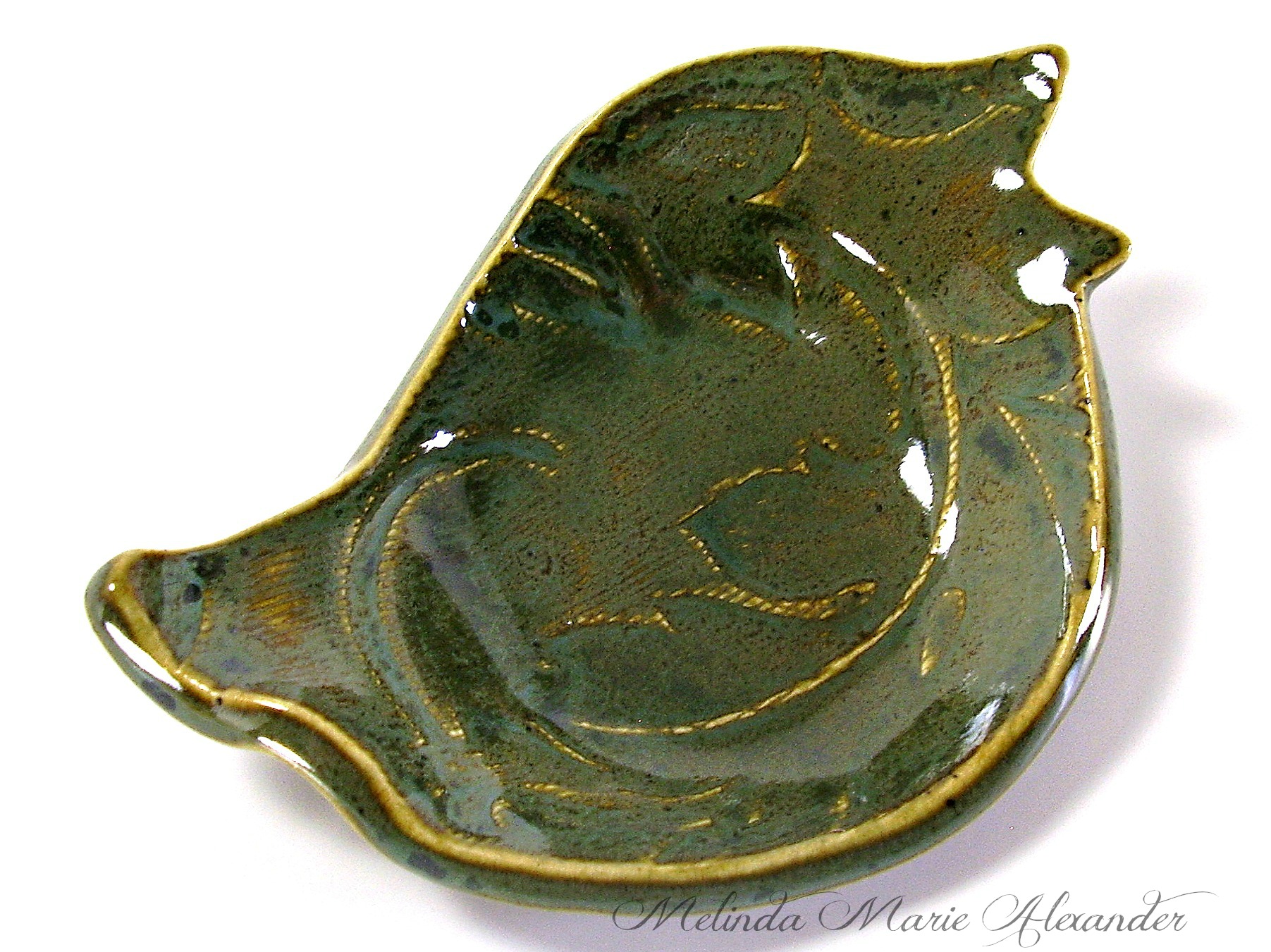 Here’s the other Birdie Bowl. There’s still some glare from the glossy glaze though. I’ll have to do some extra photo editing the next time I use this glaze combination.

I think this color would be great around the holidays. 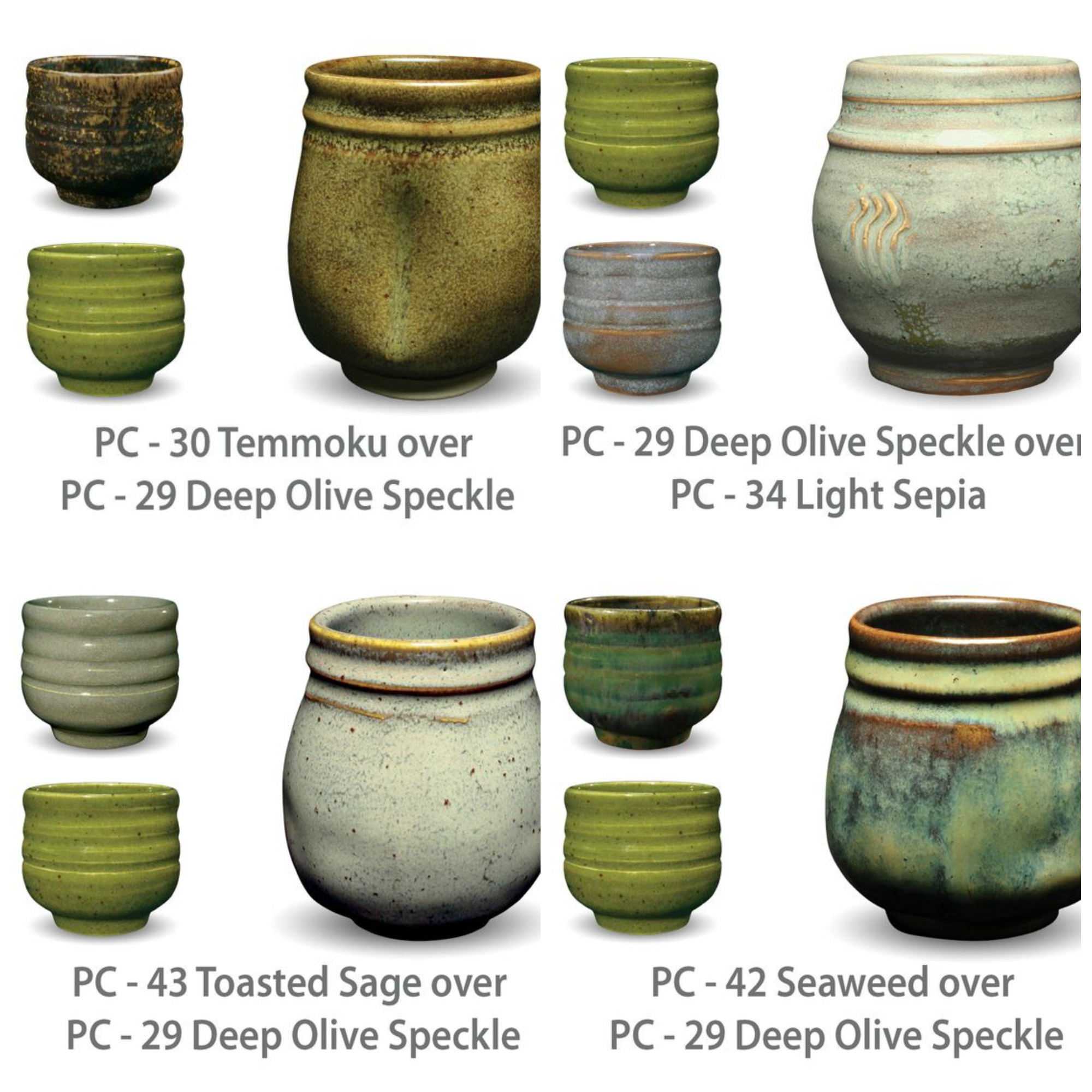 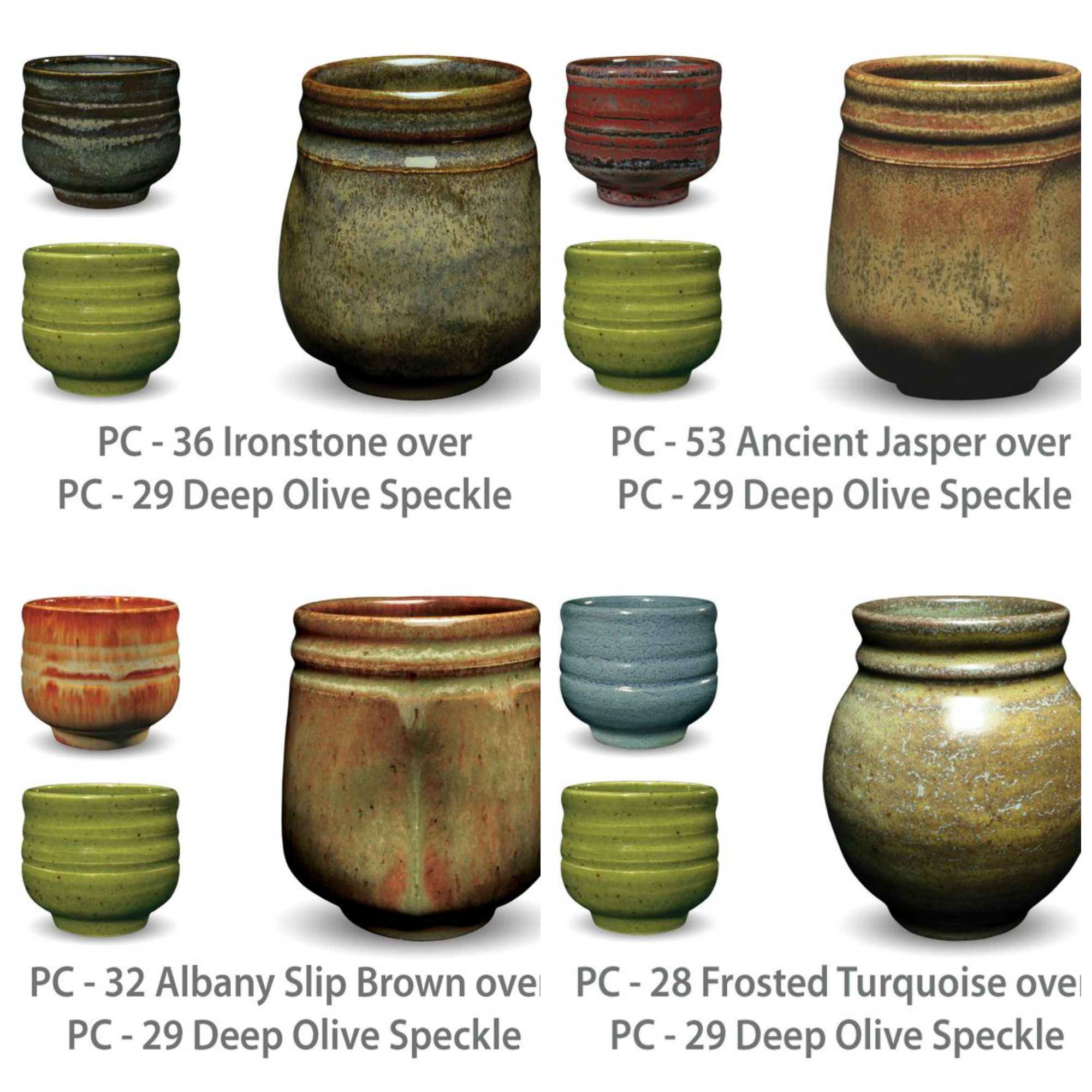 Hmmm…I have a lot of glaze testing to do!